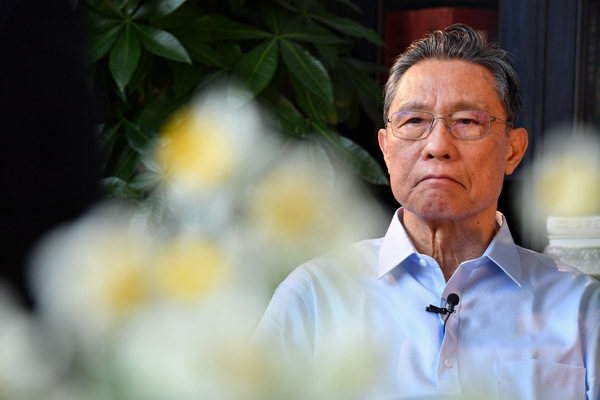 Covering an area of more than 2.13 hectares, the health industrial park, located in the middle of the prosperous Pearl River Delta, is planned to be constructed into a new production base of biomedical and health innovation products, relying much on the advantages of the Guangzhou Medical University, Guangzhou Institute of Respiratory Health and Zhong Nanshan's scientific research team in upcoming years.

Both sides have agreed to invest more than 300 million yuan ($43.48 million) to build a biomedical professional incubation and industrialization area with a floor space of 53,600 square meters in three years.

The health industrial park, less than 20 kilometers from Guangzhou, capital of South China's Guangdong province, is planned to reach an annual gross income of at least 1 billion yuan when it starts full operation and production.

Meanwhile the health industrial park is striving to be listed on China's new growth enterprise market, or science and technology innovation board in the future.

And the health industrial park is expected to be able to attract more academicians, winners of Nobel prizes and other innovative talents and teams in the coming five years to help further promote scientific and technological innovation and big health industrial development.

"Construction of the health industrial park in Nanhai district will be just a beginning for transformation of scientific research achievement," said Zhong who is a renowned respiratory expert.

By the end of 2018, Nanhai district had attracted seven projects from Zhong Nanshan's scientific research team to be settled in the industrial park. The heath industrial park has established a 600-person-team in the partnership of industry, university and research and has played a role in the fight against the novel coronavirus pneumonia.

The isolated beds, diagnostic tables and infusion chairs that have been developed Zhong Nanshan's team have been widely used in many hospitals during the epidemic outbreak.